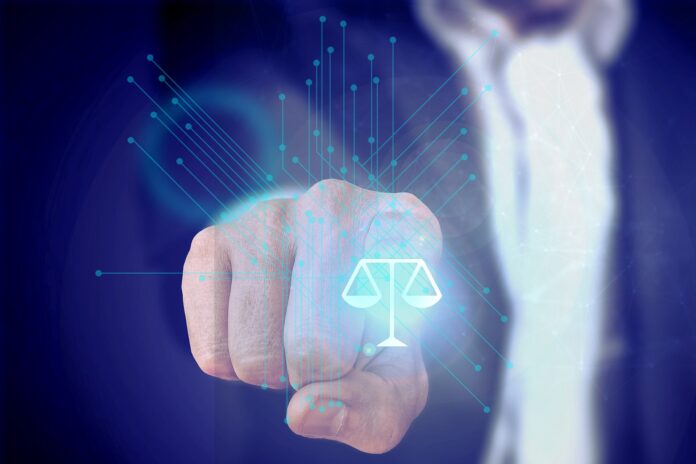 We discussed the (natural) language problem of law and how perhaps a domain-specific language (DSL) for law might be the foundational technological innovation to fix it. Because a DSL gives “Law” (which term we use to collectively refer to statutes, regulations, contracts, guidelines, business process logic, rules, quasi-legal documentation, you name it) a common denominator, the disparate bits can now “talk” to each other. This is what makes “Law” computable and computational. And in our vision, this foundational technology gets us from pseudocode to real code. That’s what we suspect a contract wants to be when it grows up:  a program. And the marvellous thing about programs is that Law can graduate from simply expressing syntax (i.e. words on a page, legalistic expressions) that are essentially pseudocode to semantics (i.e. what does it mean in an objective or clearly defined fashion), to pragmatics (i.e. what does it mean for me). Semantics and pragmatics are the traditional demesnes of lawyers; these are things you’d pay and ask for a lawyer’s advice on. But lawyers’ service of semantics and pragmatics may be too much like a priesthood (and too expensive) for most end users:  go forth with this blessed document, but don’t break your back carving out the laundry list of assumptions, professional indemnities, and deciphering what exactly it means for you. Take faith. This just might not cut it anymore for the increasingly tech-savvy and knowledge-driven common man on the Clapham omnibus who reviews and background checks everything including their drivers, romantic dates, and restaurants.

So what’s slightly better (not perfect) than taking faith?

With a DSL as the foundational infrastructure for “Law”, you can apply the batteries of tools that computer scientists have at their disposal (which lawyers don’t even have names for) to “Law”.

We argue that this, though not perfect, is better. What computational law (for easy reference, let’s call it CLAW) does, is create the opportunity for services (e.g. bringing syntax to semantics to pragmatics) to be commoditised.

Let’s contrast what an average software stack looks like compared to its legal stack equivalent:

Sure it doesn’t look great now, because law predates software and has been playing catch-up for a very long time. But this also means that in every area that law currently pales in comparison with software, there is an opportunity that CLAW can innovate on.

When the laws change, that’s like a software update. One can even make it a self-updating package with automatic notifications.

Documents depend on each other and you have to track all your obligations and dependencies to make sure they don’t conflict or create ambiguity? Meet dependency management! One can layer the development architecture modularly the way software development does today. Add to that, acceptance testing, which allows you to evaluate compliance with your specified rules.

How about static analysis? We could test, calculate, and model (mathematically, visually, textually, you name it!) the effects of a change to a system, without first implementing the change. Software code gets testing all the time prior to execution. Finding bugs at compile time? That’s called litigation.

Unit and integration testing are also cool. We could unit test individual pieces of the codified Law or even modules of them together (e.g. a certain business process, guidelines) with controlled data, usage and operating procedures to determine if they are fit for purpose.

Not everyone needs to learn the DSL

Please don’t learn to code, unless you want to. I get asked the “gosh, do i need to learn how to code now?” question, a lot. Yes, as with law, the alarmist “shortage” issue often gets recklessly thrown about, but what they really mean is that there’s a shortage of senior or full-stack developers (this applies to lawyers as well) – and that’s usually not something a bootcamp or any 101 course can easily or quickly help transform you into.

The good news is that you don’t need to learn the DSL to be part of the CLAW future. We’ve known about low-code platforms for awhile now. In fact, most of us are already using what are essentially, low-code platforms:  spreadsheets and their formulas, Word documents with macros, photo editing apps & software. The DSL and CLAW act as foundational technologies on which applications, software, low-code platforms, can be built atop. Foundational technologies are often invisible to the end-user (you don’t need to know Postscript to use Adobe) and that’s a good thing.

I call this the Instagrammification of Law. We no longer need to learn about aperture, focal lengths, exposure, or colour theory to take good pictures with our phones anymore – we know and can see that we’ve got what we want by applying a filter, moving a slider, tapping on a screen. That’s the CLAW future I’m signing up for. With a DSL as the foundational technology for apps and software, functionalities can allow one to (this is non-exhaustive):

That’s way too out there… is it though?

Let’s go back to the idea that today we’re still paying lawyers by the hour for manual labour (typing) and priesthood analysis.  Now let’s look at what other professional domains have.

Accounting:  Think of the last time you paid for someone to do your mental sums and set up manual accounting ledgers. Did you really do that or did you pay for someone to use accounting software and spreadsheets instead?

Photography. Think of the last time you paid for someone to take photos with an analog camera. Or did you pay someone who used a digital camera with post-production editing skills, or did you simply use your phone?

Architecture. Think of the last time you paid an architect to hand-draw blueprints and set out measurements. Or did you pay for an architect skilled in AutoCad software that inherently recognises object and structural relationships?

Graphic Design. Think of the last time you paid a designer to hand-draw on pen and paper. Or did you pay for a designer skilled in editing and creative software?

Law. Now, think of the last time you paid a lawyer to do all their thinking in their head and set it all down in Microsoft Word. The analysis is opaque, and because it’s not unified by software or technology, what you get might just depend on their workload for the day, whether they’re rushing off somewhere, or even simply, whether they’re on their first cup of coffee or sixth.

The idea that vertical innovation (recall Zero to One from earlier) happens in a professional domain via the invention of a domain specific language or format is a well-honed software tradition. I’ll save you the florid grandstanding with this:

Next week, we’ll talk about how such a transformation might happen, and where CLAW fits in with all the LegalTech flurry that we’ve been seeing.

As cofounder ofLegalese.com Alexis spends her day exorcising legal demons and unlearning her bad habits. Legalese is a LegalTech startup that is developing a domain-specific language for computational law. By applying computer science to contract drafting, generation, and management, Legalese aims to eventually replace contract-drafting lawyers with contract-drafting software.

In her previous life, she was a dispute resolution, technology, and IP lawyer in one of the largest transnational law firms in Asia. Alexis is an advocate and solicitor of the Supreme Court of Singapore. She has a Bachelor of Laws (Second Upper with Honours) from Queen Mary, University of London (2011). She loves Belle & Sebastian, computer games, and carbs-on-carbs. She is heavily influenced by science fiction and when she grows up, she’d like to be Tina Fey.