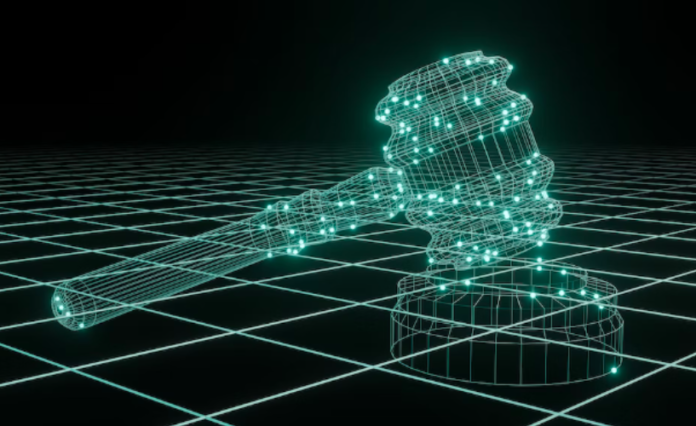 In the first part of this 3-part series, we spoke about the status quo in law and how we at Legalese and the Computational Law Centre (CCLAW) at Singapore Management University are working together to make Computational Law a reality. Last week, we painted you a picture of what a computational law driven future might look like, and assured you that the approach of building a DSL is a rather well-honed tradition one in software that has transformed professional domains like accounting, architecture, and digital photography.

Most professional domains have been disrupted (it’s not a dirty word, really) by software. Kodak invented the first digital camera, but they didn’t come up with Instagram or Photoshop. They should’ve but as Christensen’s (the guy who coined “disruption innovation”) disruption theory goes, they probably couldn’t. Lego didn’t invent Minecraft, they should’ve but didn’t.

Imagine a brilliant cartographer, the best of their kind and trade, and what they would say if asked to innovate within their space. (We assume, of course, that they’re not at all arrogant about how good they are, how their work couldn’t be made better because they’re the secret sauce, and that they’re actually interested in exploring innovation and progress) They might look at something like your iPhone and say, it would be quite something for all the maps I draw or draw reference from to be accessible and contained within one little device! If it stores thousands of photos, then it can store thousands of maps! That’s pretty ground breaking innovation, they’d think. But what they might not be able to imagine is what Apple Maps, Google Maps, Waze, do for us today – driving directions, transit times, real-time traffic updates, alternative routes filtered by transportation, tolls, and even telling you when you need to leave to make it in time!

All CLAW is legaltech, but some legaltech are more CLAW than others

We started Legalese in response to Andreessen’s clarion call. And since 2020, we’ve been supercharging our efforts to make computational law a practical reality by dual-hatting at the Computational Law Programme (the “Programme”) at the Computational Law Centre (CCLAW) at Singapore Management University. (Shout out: The Programme is supported by a SGD$15M industry-alignment grant from the National Research Foundation of Singapore). Meng, my co-founder, is the Principal Investigator leading the Programme, and I got the better deal as Industry Director as I get to spend time writing things like these.

And when we talk about CLAW, we’re not talking about entrenching what doesn’t quite work (whether for consumers/clients or lawyers) in the current system in a future system; we’re also not talking about law firms with a different user interface. After all, I think we all agree that giving a restaurant a website doesn’t count as innovation or “computational food”. So whilst we rejoice in the interest in LegalTech (I, too, was excited when first seeing PHP on a page), we’re focused on the computational law vision (more on that below).

My company Legalese and the Computational Law Centre (CCLAW) at Singapore Management University are working together to make Computational Law a reality. My co-founder, Wong Meng Weng, is the principal investigator leading the CCLAW’s research programme in Computational Law, alongside the law and computer science unicorn experts:  Lim How Khang (Assistant Professor of Law & Computer Science (Practice)) and Jerrold Soh (Assistant Professor of Law). Supported by the National Research Foundation of Singapore, and tapping on the twin expertise of the SMU Yong Pung How School of Law and the SMU School of Computing & Information Systems, CLAW is in some really good hands.

And when we talk about that computational law vision, we mean building the DSL-for-law as essential open source infrastructure. For not only does it allow us a programmatic way to write and reason about law, it also seeds the foundation for entire industry clusters to flourish since the disparate parts of “Law” can now interact and talk to each other. That way you get computable contracts, computable statutes, computable processes, computable forms, computable rules… you get the point. And with that, any process or workflow involving ‘Law’ can now become software, become machine-readable, become digitally-compatible, and become amenable to software tools and applications.

At SMU and at CCLAW, we very much believe in translational research. Whilst building a DSL for law is a fairly difficult task in computer science, it is made more challenging by the multidisciplinary nature of the endeavour as law cuts across just about every industry in the world. Following Pasteur’s quadrant, we work with use-cases from day one which hopefully ensures high theory advancement, as well as high practicality. After all, codifying the entire Companies Act may sound impressive, it may be of little practical value since most use cases require other sources of rules, documents, and regulations;  however, if one took even the simplest of use cases like the incorporation of a company in Singapore, then the exhaustive and identifiable ‘Laws’ within such a use case will quickly allow the industry (whether it is the end-user consumer, law firm, or the regulator) to build an integrated and automated application which can be implemented. This slowly but surely gets us to the born digital, Rules As Code future that the OECD identified as an emerging trend.

Let’s chat if you’re interested in industry collaborations for use-inspired research under the Programme (you provide the use-case, and if we choose it, we codify it for you).

I’ll be there in the next foreseeable future (this is a Farberism). I hope to see you there.

As cofounder ofLegalese.com, Alexis spends her day exorcising legal demons and unlearning her bad habits. Legalese is a LegalTech startup that is developing a domain-specific language for computational law. By applying computer science to contract drafting, generation, and management, Legalese aims to eventually replace contract-drafting lawyers with contract-drafting software.

In her previous life, she was a dispute resolution, technology, and IP lawyer in one of the largest transnational law firms in Asia. Alexis is an advocate and solicitor of the Supreme Court of Singapore. She has a Bachelor of Laws (Second Upper with Honours) from Queen Mary, University of London (2011). She loves Belle & Sebastian, computer games, and carbs-on-carbs. She is heavily influenced by science fiction and when she grows up, she’d like to be Tina Fey.