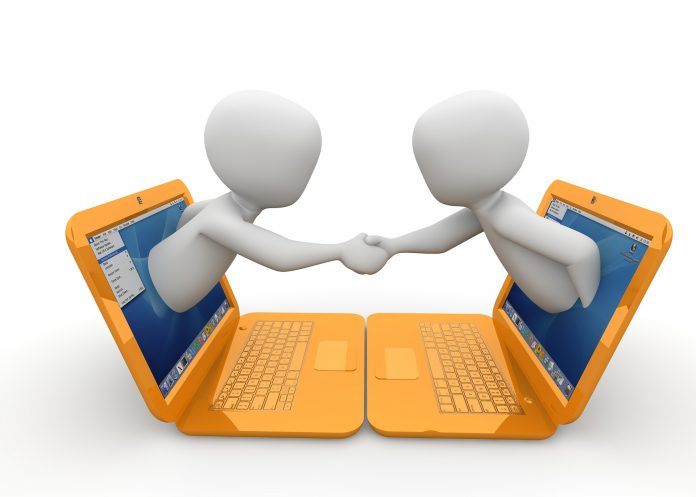 The beginnings of the Blockchain technology go back to 1991. The founding fathers of this technology, Dr. Stuart Haber and Dr. W. Scott Stornetta, described a chain of cryptographically protected blocks in which no one could manipulate the timestamps of documents. A year later they improved their development with the incorporation of the so-called Merkle trees that allowed the grouping of more documents in a single block, improving their efficiency.

The term ‘smart contract’ was first introduced in 1996 by a computer scientist, lawyer, and cryptographer named Nick Szabo. In his own words, “[a] smart contract is a set of promises, specified in digital form, including protocols within which the parties perform on these promises”. Blockchain technology was not part of the original idea of smart contracts. His main interest was to find a technical way to prevent the breach of contract.

It was in 2008 when the Blockchain began to gain relevance and became known to the general public thanks to the appearance of the first cryptocurrency, Bitcoin, based on this technology. Under the pseudonym of Satoshi Nakamoto, its creator defined a new system based on the Blockchain already defined by Haber and Stornetta in which, to ensure the immutability of the record in a decentralized manner, he added the concept of mining, thus creating financial incentives for participation in the verification of the various transactions contained in the blocks. This mining technique is what is known in Bitcoin as proof of work (or PoW). In this way, as a result of the combination of hash, cryptography, and mining techniques, cryptocurrencies were born.

The third and final milestone that places us in the current state of the art in terms of smart contracts came from Vitalik Buterin, who visualized the potential of the capabilities of the already improved Blockchain technology, and worked on a blockchain capable in turn of extending its functionalities beyond cryptocurrencies to become a platform on which to develop and support decentralized applications. The result was Ethereum, which saw the light in 2015. In Ethereum the blockchain is integrated with a complete Turing programming language that, by allowing the performance of any computational calculation, allows the coding of smart contracts and other decentralized applications. Buterin described Ethereum’s smart contracts as “cryptographic boxes that contain value and only unlock if certain conditions are met”. This is a fairly short and simple definition for such a revolutionary tool that is raising so many expectations, doubts, and questions.

But what is a smart contract? Are they contracts in themselves or merely tools for executing contracts?

As we have said, Szabo coined the term smart contracts to identify “a set of promises, specified in digital form, including protocols within which the parties perform on these promises”. Although Szabo did not consider the Blockchain in his original design, the improvement of this technology as a consequence of the developments of Buterin’s Ethereum, means that nowadays smart contracts are understood as those existing agreements in the form of software code that is implemented in blockchain platforms to execute in an automatic, secure and autonomous way when certain conditions are met.

A priori it seems that there are reasons to consider the term smart contract a misnomer. It is discussed whether they are smart or whether they are contracts at all. There are opinions ranging from considering smart contracts as the definitive contract, to those who do not even consider smart contracts as contracts but rather as simple agreements with automated execution, or even those who question their usefulness for transferring assets in the real world. Some authors distinguish between «concluded» contracts that are not smart but are intelligently executed, and «concluded and executed» smart contracts. Others distinguish between smart contracts that represent the translation of a specific legally binding contractual agreement between two parties (also called Smart Legal Contracts) and coded relationships that are automatically defined and executed by code (Smart Contracts).

That is why the possible legal nature of smart contacts has to be analyzed, not because Szabo used the term contract in its name, but because smart contracts are going to be used in situations where, if this application did not exist, we would have to resort to traditional contracts (to make a difference in their name. Therefore, the legal validity of smart contracts will continue to be subject to the contract law and other applicable regulations, such as consumer law, data protection, etc.

It is said that blockchain-based smart contracts have the capacity to generate trust between the contracting parties precisely because this technology guarantees the execution of the contract. Up to now, from a Law and Economics of contracts approach, there are two environments in which the contractual relations are born- the legal and the relational. In these environments, the law in the first and social norms (community enforcement mechanisms such as reputation) in the second, constitute a safeguard for the parties to generate trust. For smart contracts to reach their full potential, we must be able to develop applications in which, within a legal framework that guarantees the rights and obligations of the parties, interpersonal relational trust is replaced by trust in technology.

However, issues such as the occurrence of defects of consent, defects in the capacity of the contracting parties, consumer protection, or the misuse of these contracts for criminal purposes, are issues that cannot yet be guaranteed with the current development of these technologies. Among the challenges to be overcome are the problems of interpretation of contracts, the lack of flexibility of the language in code, the enforcement of court decisions taking into account the immutable nature of the blockchain, the functioning of the so-called oracles which are the intersection between the virtual/cryptographic and the real world, etc.

Does the future of smart contracts depend on Artificial Intelligence?

Artificial Intelligence (AI) is the latest technology to reach the law, but its impact, although still unpredictable, seems extraordinary. AI and Blockchain are complementary and synergistic technologies in the digital business. While AI helps us to value, understand, recognize, and decide, the Blockchain helps us to verify, execute, and register. While machine learning (ML) methods, which is one of the most developed areas of AI today, help us find opportunities and improve decision making by predicting and processing large data sets, intelligent contracts built on Blockchain technology can automate the verification of the transactional parts of the process, providing immutability, security and decentralized access to data.

But also, AI can be the right tool to overcome the problems identified so far regarding smart contracts, such as the recognition of flaws in the formation of contracts or the existence of illegal practices. In addition to ML, another branch of AI on which work is being done more actively is the so-called natural language processing (NLP). The development of NLP is essential for ML to reach its potential by analyzing not only smart contracts, but also ‘traditional’ contracts, applicable legislation and court decisions, and going even further in analyzing the intent of the parties.

As Kevin Werbach says, leading expert on Blockchain technology, «building a computerized system able to interpret smart contracts like humans can is effectively a challenge for artificial intelligence». Thus, while getting smart contracts to incorporate Artificial Intelligence techniques seems to be the way to make them really smart, we must not lose sight of the fact that, as the World Economic Forum recently stated, “building consumer trust is the key to unlocking AI’s true potential”, and at this point, there is still a long way to go.